2018 has been a busy year for real estate in Ottawa.

The number of sale of condos was up dramatically too – almost 12% year over year.  A big drop in number of sales in December 2018 compared to 2017, but it’s reflecting a shortage of properties available to buy.

Freehold properties even better.  An even bigger drop in sales December over December due to fewer listings – but we were in multiple offer (bidding wars) up to a few days before Christmas!  (See below for the “months of inventory charts”.)  Prices were up both for month over month (2.4%) and year over year (5.5%).

We’re expecting a very busy spring as well.  The cold and snowstorms of winter always slows down house-hunters, but perhaps not as much this year as in the past. 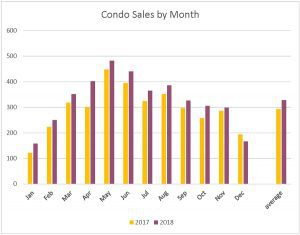 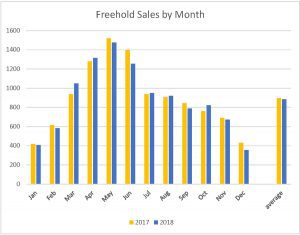 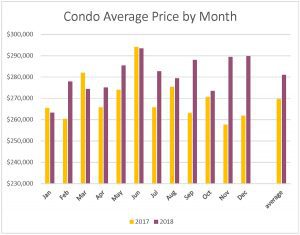 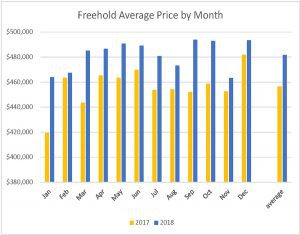 To better understand why prices are going up when fewer homes are sold we’re including the “months of inventory” charts for condos and freehold properties.  Months-of-inventory is a calculation of how long it would take to sell all of the properties currently listed if no additional ones became listed for sale.  These charts show the MoI over the past 10 years.  Both categories of properties show similar patterns, both seasonally and overall.  But notice how both started at about 2 months of inventory in 2009 and then condos became less-and-less saleable, reaching a peak of over 13 months compared to the 8 month worst point for freeholds.  And now both categories are reaching similar territory of about 3 MoI again.  It’s also interesting to see how much more violent the seasonal MoI became after the feds started diddling with the mortgage rules in 2012… 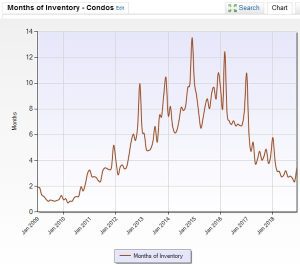 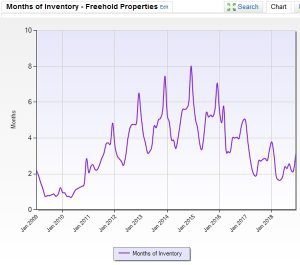 Check out more articles in the with similar categories – Article, Board Sales, Ottawa Real Estate Market