How Much More Will You Have To Offer To Buy That House in Ottawa?

How Much More Will You Have To Offer To Buy That House in Ottawa?

How much are people paying above (or below) the list (asking) price in Ottawa? 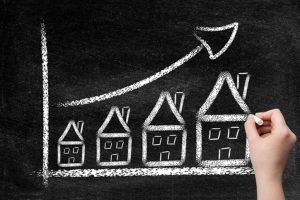 Overall, most properties in Ottawa sold at, or more than, the list price.  No surprise, right?  But there were exceptions that sold below the asking price.

On average, freehold properties sold for more above list price (with a median of 13%) than condos (median of 8%).  Freehold properties list-to-sale also spread out further, going from 19% less than the list price, to 49% more.  That might be partly because there are more older freeholds than with condos, and these may need more updating, renovating, or repairs which figures into how much people will offer.

Also, on average, any property (freehold or condo) sold for pretty close to the asking price in central Ottawa.  Properties in the three suburbs examined sold for between 11 to 16% above list price, and there was more spread than in central Ottawa.  These areas have newer and bigger homes with more yard space and had more competition of offers, so ending up selling for quite a bit over asking.

Warning: statistics on charts are useful for visually summarizing data.  But this type of summary should not be used to determine the prices of specific properties!

Now for the fun!  Introduction to box plots

There are six columns:  2 for type of ownership, and 4 for areas.

Let’s look at the first (condos) column as an example.

There are many factors at play in buying real estate, but the type of home and the location are usually the prime determinates, so this chart only explores those criteria.  Price is actually the most critical factor for most people, but that’s a more complicated chart – maybe next month!  Note that both condos and freehold properties can be townhouses, but they have different ownership and fee structures.

Just in case you’re interested in reading even more about this way of presenting data:

Box Plot (Box and Whiskers): How to Read One

Let us know if you have any questions or comments.  Just Contact Us!