Easter Traditions and folklore……Did You Know?

Easter Traditions and folklore……Did You Know? 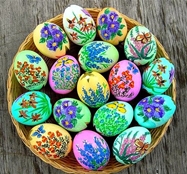 There is much folklore, tradition and myth surrounding the origins of the Easter bunny.  Germany seems to be credited with the origin of associating a rabbit with Easter, found in some 16th century literature.

Did you know…  There are many accounts of a bunny that would reward well behaved children with eggs each spring.  According to the University of Florida's Center for Children's Literature and Culture, the origin of the celebration — and the origin of the Easter Bunny — can be traced back to 13th-century, pre-Christian Germany, when Pagans worshiped several gods and goddesses. 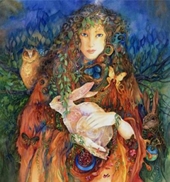 Did you know…  Our word Easter originates from the name of Eostra who was the goddess of spring and fertility.  Festivities and celebrations were held in her honor on the Vernal Equinox. Her symbol was the rabbit because of the animal’s high reproduction rate.

Did you know…  These legends were brought to North America when German Lutheran immigrants settled in Pennsylvania Dutch country, and in Canada where our first German settlement in Waldoburg on Cape Breton Island in Nova Scotia in 1745.

Did you know…  One German tale tells that according to tradition, a poor woman once hid some coloured eggs in a nest for her children to find. When her children drew near to the nest, a hare hopped nearby and they therefore believed that the hare had brought their eggs. 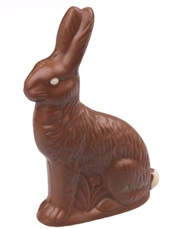 Did you know…  The first edible Easter bunnies originated in Germany in the early 1800s, and were made out of pastry and sugar.  Eventually, the nests became decorated hats for boys and bonnets for girls, then onto baskets.  The colorful eggs were swapped for candy (read: chocolate), treats and other small gifts.

I hope that the Easter bunny sees fit to bring you some chocolate this weekend. Enjoy your Easter egg hunt!  Happy Spring! Happy Easter! Happy Passover!