View this video by the Globe and Mail to see what the cost of the CMHC premium increase is going to mean to people who have a down payment of less than 10%. 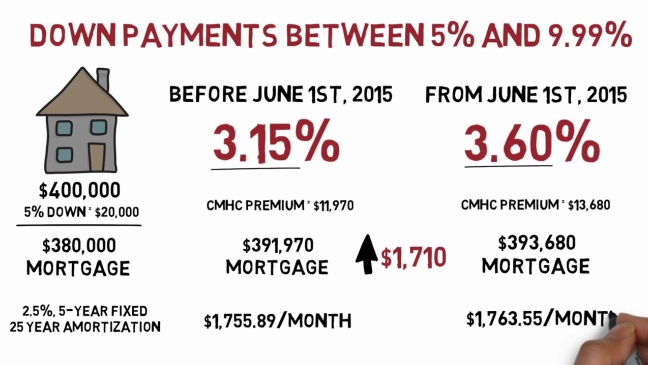 The move by Genworth Canada, which matches an increase announced Thursday by Canada Mortgage and Housing Corp. will raise insurance costs by 15% for those Canadians with the highest debt value mortgages allowed by Ottawa."