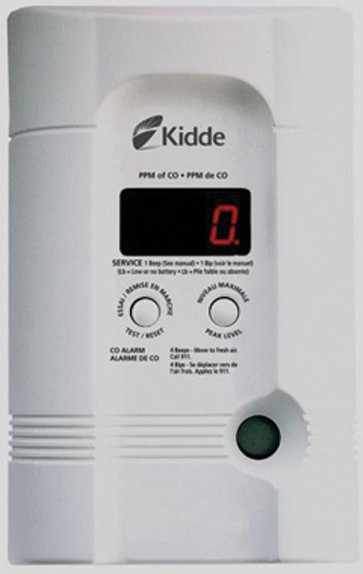 The “silent killer” continues to stalk Canadian families as winter transitions to spring.

Carbon monoxide, a byproduct of burning fossil fuels such as wood, gas and propane, gets its nickname from the fact that it is colourless, odourless and tasteless. The only way humans can detect its presence is with a CSA-approved carbon monoxide alarm.

Despite increased educational efforts by safety officials, lives have been lost recently in several provinces to carbon monoxide poisoning — and the anniversaries of two such tragedies in which entire families were lost to CO in the Yukon and Ontario, have just passed.

“I am saddened and angered every time I hear of another fatality or near-miss caused by carbon monoxide,” says John Gignac of the Hawkins-Gignac Foundation for CO Education. “People need to take this threat seriously.”

Gignac knows the dangers firsthand. In late 2008 the retired firefighter lost his niece, her husband and their two children to CO poisoning when a blocked chimney vent forced deadly carbon monoxide from their gas fireplace back into their home. In their memory, Gignac established the foundation to warn others and to implore them to install a CSA-approved carbon monoxide alarm.

“My niece and her family had no chance because they did not have a CO alarm,” Gignac says. “If they did, they would still be with us today.”

Despite the average home having several potential sources of the deadly gas, studies show that nearly 60 per cent of Canadians have not installed a CO alarm.

“When I speak to groups, people tell me they don't need a carbon monoxide alarm because they have electric heat,” Gignac says. “But when I ask them if they have a gas appliance or water heater, or a wood-burning or gas fireplace, or a garage or carport attached to their house, they realize their families have been at risk for years.”

In addition to being impossible to detect, this gas also has another sinister trait. Symptoms of exposure mimic the flu, without the fever, so it is commonly misdiagnosed.

• Have a licensed inspector check heating systems and other fuel-burning appliances, including fireplaces, every year.

• Install one CSA-approved CO alarm on each storey of your home and outside all sleeping areas.

• Replace CO alarms every 5-7 years depending on the manufacturer, whether they are battery powered or hardwired.

"Most carbon monoxide alarms cost in the range of $30, a small price to pay for your family's safety," Gignac adds.

More safety tips can be found online at www.endthesilence.ca.